'Is there a relationship between maths, gender and learning? How might it be characterised?' Dr Eugenia Cheng shares her ideas. 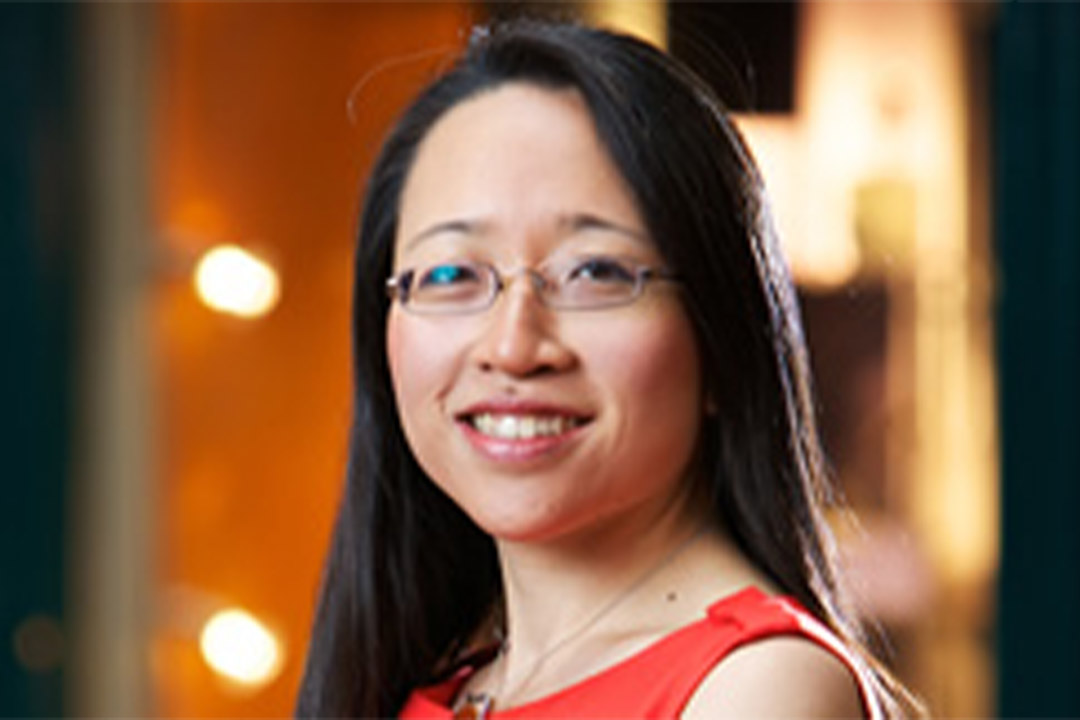 What if character traits such as competitive, aggressive, cooperative and nurturing were separated from the gender that we usually associate with each? Would this help us make school maths appeal to all, regardless of gender? Dr Eugenia Cheng suggests that it’s high time we had a new language to explore these ideas, and that we can rethink the typical maths classroom as a result.

NCETM Communications Manager Gwen Tresidder [GT] recently spoke to Eugenia [EC], a British research mathematician who teaches maths to art students at the School of the Art Institute of Chicago. Here we summarise some of the discussion between Gwen and Eugenia. If you want to hear the whole conversation, why not listen to the full podcast?

GT: You previously worked as a lecturer in maths at The University of Sheffield, but then realised that you didn’t like lots of aspects of your job, and that expectations of your gender played a part in this. So what did you decide to do?

EC: I realised that I wanted not only a different career, but different words and ways of evaluating character types so we can have a new dimension and stop associating things with gender that don’t need to be. I decided to invent the words ‘ingressive’ and ‘congressive’. ‘Ingressive’ signifies going into things, and ‘congressive’ is about bringing things together and making connections. They don’t replace the words ‘masculine’ and ‘feminine’, but ingressivity is about putting yourself first and standing up for yourself. It might be that men tend to do that more than women in current society, but it may be that these are behaviours which have been learnt because of the pressures of society. Society has favoured ingressive behaviour and rewards it, so we are all under pressure to become more like that. Congressive behaviour – thinking about others, nurturing, and caring about the community – is something that maybe women do more in current society. But it doesn’t have to be like that.

GT: How might this affect the teaching of children and young people?

EC: Maths is often presented in a very ingressive way because it is all about getting the right answer and facts and tests. Whereas maths at a research level is congressive because it is about shedding light on things and it’s much more collaborative. It’s a shame if children are put off by the ingressive aspects of maths early on. I try to make a congressive classroom for my students, and present maths congressively. There are of course constraints on teaching maths in a classroom, but it may be possible to move towards congressivity.

For example, to make a classroom a safe environment, get all students to participate. In a Year 2 classroom, all the students put their hands up and want to participate, whereas by university level, nobody wants to put their hand up because it has become ‘dangerous’. The only ones who participate are those with no fear of consequences, or who are convinced they are brilliant – the ingressive people. It’s not always the men – it’s about character traits. One of the things I do, so that congressive people can participate, is to put names on lollipop sticks and pull them out. Nobody is asked to put their hand up – they are asked what they think. I make it clear that I value congressive behaviour, not seeing how clever people are. In a congressive classroom, we are all trying to learn together – there is no winning or losing.

EC: I can’t remember much in class that was congressive. When I was at school, I was confident that I could get things right, so my experience may have been different from that of others. Also I was at a girls’ school, which makes a big difference. There were a lot of congressive extra-curricular activities, so I was always more keen on these than curricular activities. For example, I enjoyed playing music and performed with others – that was very congressive.

GT: What else might be useful for UK teachers in terms of what you have been researching?

EC: Removing the emphasis on right or wrong answers and making it a process of discovery is important in maths. Maths can have right or wrong answers, but it is about process. The reason you know an answer is right is because of the process you use to get there. The education system rewards the answer, but we need to reward the thinking. The emphasis should be on the process and the reasoning – that is very congressive.

GT: How did your background and your mathematical journey influence your feelings about maths and about gender?

EC: I was born and raised in the UK and went to school in Brighton. I didn’t always find maths lessons that interesting, but I knew something about maths was exciting, if I just made it through all those exams!

I went to Cambridge to study, and getting through the exams got harder. The final exams especially were really difficult, but some people – mainly male students – seemed to be sailing through them and telling everyone how easy they found it. However, once I started my PhD, I found that I was much better at research than at exams, but the male students who had found the exams easy didn’t get on so well with research. Some of them stopped their mathematical careers shortly after, whereas I carried on. As well as research, I really cared about teaching – something that I’ve been passionate about my whole life.

After some studying in the USA and Europe, I became a lecturer at The University of Sheffield. After a while, I decided I wanted to do more outreach and public work, as that was where I could make the most impact. I now teach maths to art students, as well as writing books about maths, doing public speaking, and writing a column in the Wall Street Journal.

GT: So you have a real portfolio career. Would you say that a typical mathematical academic career has a rigid box that people have to fit into?

EC: Yes, for a lot of people it involves having to publish papers and obtain grants. I wasn’t interested in that so I wanted to pursue something different.

EC: The students I teach now are art students, so they typically have not been as successful in maths education in the past, or been put off it, or simply not been interested in maths. They are serious students, but not serious about maths. However, they love sharing their past experiences of learning maths, and this means that my teaching is a two way process.

EC: When I taught maths at research universities, the classes were male-dominated, but in art schools the opposite is true. In my classes now, over 60% of the students are female. One of the first things I noticed when I started teaching my classes was that the white male students still managed to dominate, despite being in the minority.

In autumn 2016, things came to a head when a Chicago sports team won something – I don’t follow sport so I don’t even know what it was – but the whole city went mad for it and I felt disconcerted about how much everybody cared. My students didn’t care either. I was supposed to be giving a presentation on the day of the sporting event, and I was worried that no-one would turn up because they were all so interested in the sporting final. People did turn up – people like me who weren’t interested in sport! We got talking about how this relates to art, and realised that not only did we not care about winning and losing, we were actually put off by the idea of beating somebody. This made me think a lot too about character traits, and about masculinity and femininity.

I used to say to myself when I was a PhD student and young researcher that I should hide all aspects of femininity so people couldn’t say that I wasn’t good enough because I was a woman. This was a conscious decision. When I became more confident and secure in my job, I began to bring some aspects of femininity into my life outside work, but this created a sort of double life. When I tried to bring these aspects into my work, it made me realise that I hated my job! I didn’t like my behaviour, and the pressure my job put on me to behave like that. I gradually figured out a way to have a different career.

GT: Could you tell us a little about how you are also using cooking to explain maths to people?

EC: One issue with maths is that it is very abstract. Sometimes when we try and make it relevant, it becomes contrived. The principles involved in maths are those we can see around us already. Connecting a principle to something people have experienced helps people ‘feel’ it. Everyone has an experience of food, so I chose to use people’s love of food to explain some mathematical principles. I think there is a connection between learning maths and learning cooking. If you are worried about someone judging you or watching you when you cook, you feel pressure to perform – the same is true in maths. If you just have some basic ‘ingredients’ that you can put together any way you want, it becomes something fun to engage with.

GT: What can teachers do if they want to follow any of this up?

EC: Visit my website at eugeniacheng.com or check out my books.

You can listen to the full discussion with Eugenia in this podcast.